The Subsea Rock Cutting (SRC) tool estimates cutting production for dredging or mining equipment that mechanically cuts rock in a subsea environment.  The program uses a finite difference model, which accurately simulates the cutting equipment’s three-dimensional teeth trajectories and their interaction with the rock face.

At the heart of SRC there is also a unique empirical rock cutting model that has been developed using decades of literature and physical and numerical modelling, and has been validated with field measurements.

Cutting rock is a complicated physical process and many physical cutting models exist that describe the cutting processes for various applications.  With SRC, only the most significant rock properties are used as input parameters, which provides a more accurate production estimate.

The tool has already been developed by i2D and is ready for use.  Any subsea cutting equipment can be modelled with SRC thanks to its generic setup and its use of advanced mathematics, elements which also provide SCR the flexibility to suit any subsea project or equipment.  SRC estimates production rates reliably, thus transforming your production estimate into a reliable schedule or robust cost estimate.

Once the cutting equipment’s details and the rock’s properties are inputted into SRC, it can assist with: 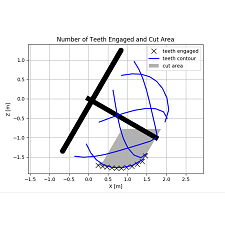 Rock cutting production estimates are typically either based on experience or on the Specific Cutting Energy methodology. What if you don’t have any relevant experience? Would you have faith in the simplistic Specific Cutting Energy method available for rock cutting, considering that cutting hard rock always involves high capital investments and thus high stakes? […]